Next To My Tree… 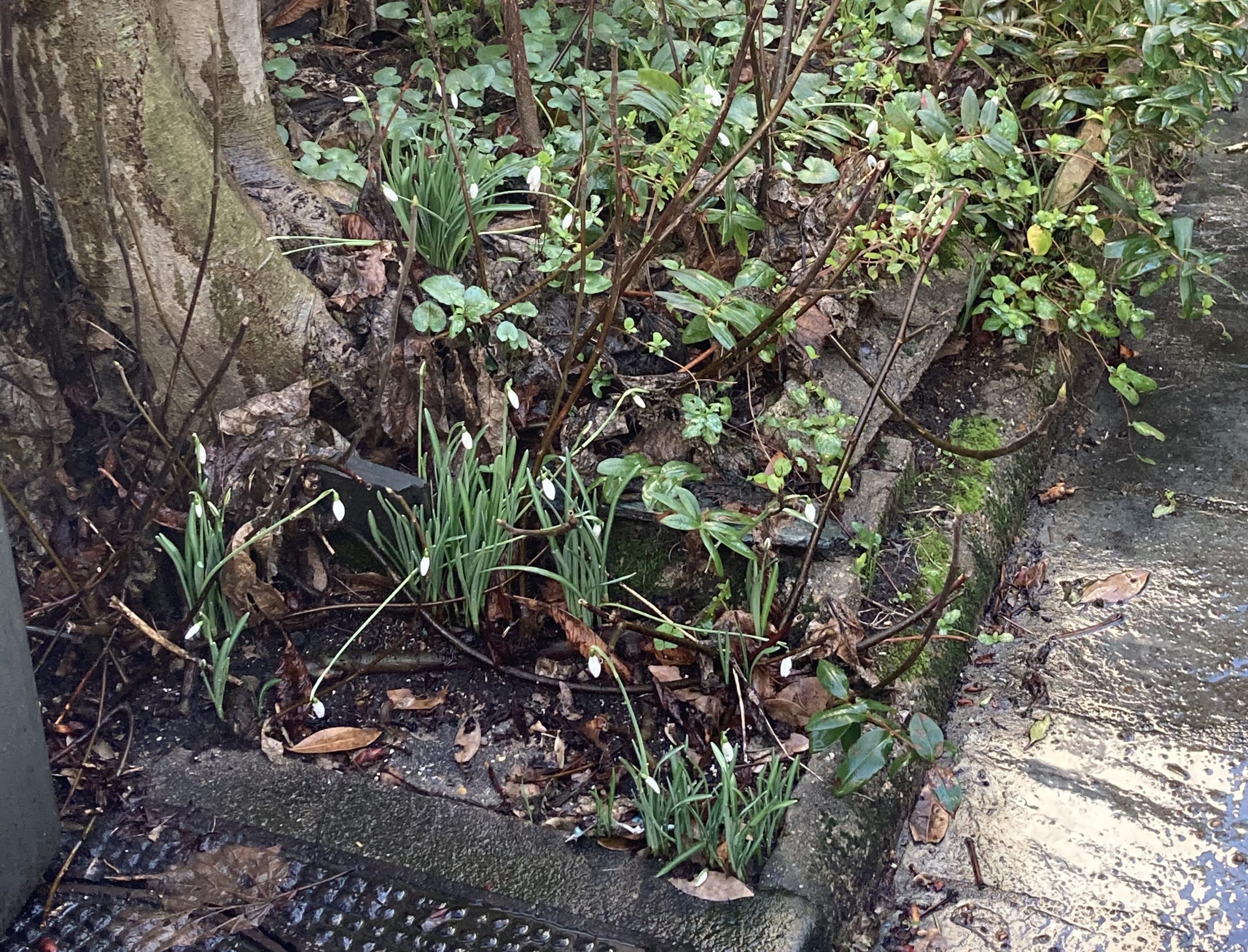 CARTOGRAPHY OF A GARDEN: PARIS

The workshop 'Cartography of a Garden' investigates how to renew our relations to plants and how to address the plant biodiversity crisis through a multiperspective art-science approach by looking at our close environment.
More information.

What is a garden? Is it the same for a botanist, a molecular biologist, a philosopher, a visual artist, a sound artist, the owner, the gardener, a curator, for the birds nesting in the trees and bushes, for the worms, fungi and bacteria in the soil, for the plants themselves?

Some of our garden plants that we believe to be "European" are actually coming from elsewhere. What do we know about them? Are they natives or migrants? Are they invasive species or endangered by climate change and other threats? Are they old, local, endemic species, or more recently human-engineered?


This workshop gathers a limited number of invited participants including scientists, artists, philosophers and cultural players. The methodology of the event replays the 19th century expeditions but with the knowledge and approaches of the 21st. We don't go "far away to unknown places" but stay "home", literaly in our European backyard: the garden of Leonardo/Olats headquarters (Boulogne-Billancourt/Paris area). How does vegetation growing in the middle of a dense urban fabric, in the tiny portion of soil that Humans are kind enough to grant it, resists in our surburban concrete garden? 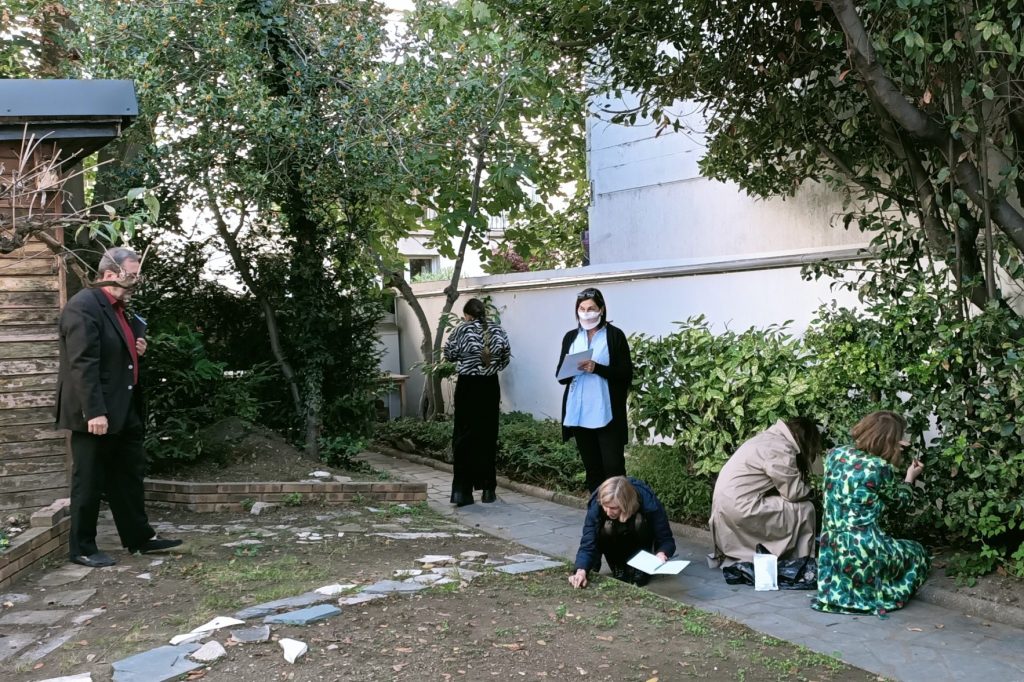 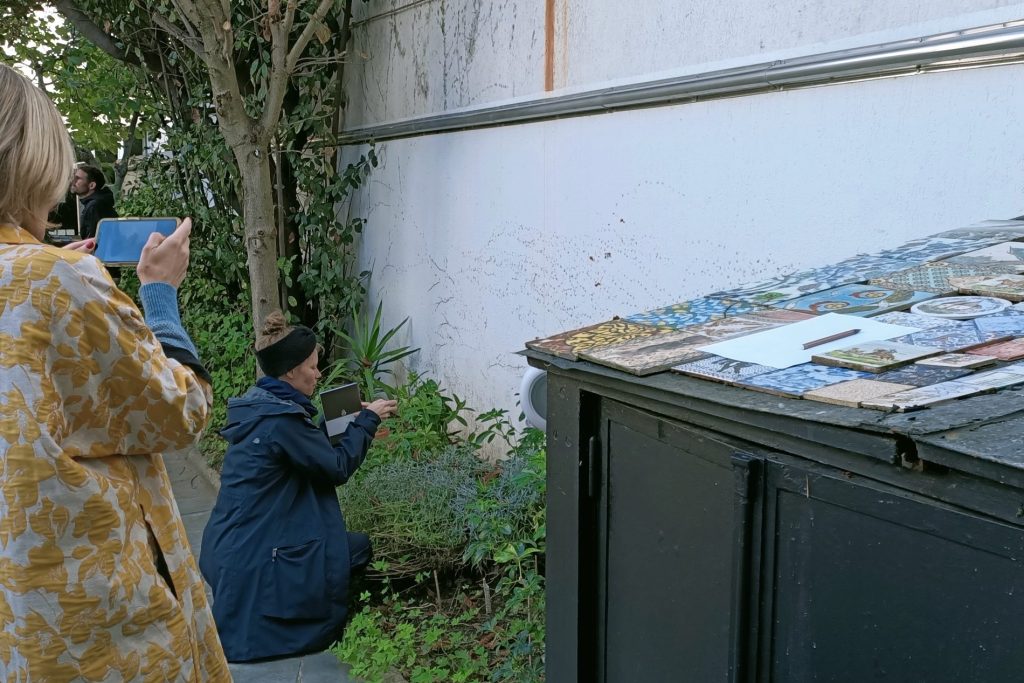 Karine BONNEVAL: Her work proposes ways of being in the world shared by plants and humans. In her installations, we are immersed into a world of organic and fictional forms, where hybridisations between art and science sometimes mischievously divert technology to propose pieces with an aesthetic coming from the world of handmade, vernacular.

Dr.Lucie CAMPAGNOLO: Independent consultant for space companies pursuing high impact ventures. NewSpace and Human Spaceflights Expert, she is passionate about reaching new frontiers and participates in several Think Tanks and knowledge groups in the field of technological development in space and terrestrial medicine.

Laura CINTI: Internationally recognised research-based artist working with biology and artist and co-director of C-LAB - together with Howard Boland. C-LAB is an award-winning bio art collective that engages with interdisciplinary use of cutting edge science, technology and art to bring life concepts on the fridges of innovation.

Claire DAMESIN: Reseacher at the university of Paris-Saclay in plant Ecology, more precisely in tree ecophysiology. She is interested in carbon functioning of the forest trees.

Kim DOAN QUOC: Multi-disciplinary artist from Lille, France, where she graduated with an MFA of visual arts in 2016. Her work ranges from photography, video, immersive installation and projection mapping to writing and performance.

Lauranne GERMOND:Art historian and curator, is co-founder and director since its origin in 2008, of the COAL association, dedicated to the emergence of a new culture of ecology and nature.

Loïc LE NOAN:Inspired from an early age by his grandfather cultivating his vegetable garden with passion and having grown up in a house on the edge of the forest, Loïc Le Noan was quickly drawn to nature and agriculture. After studying ethnobotany and herbalism, he discovered a passion for environmental education. Within the Urban Ecology Agency of the City of Paris, I train young and old in organic gardening and raise awareness about the preservation of urban biodiversity.

Michael MARDER: Research Professor in the Department of Philosophy at the University of the Basque Country (UPV-EHU), Spain. He is the author of numerous scientific articles and fifteen monographs, including Plant-Thinking: A Philosophy of Vegetal Life (2013); Phenomena-Critique-Logos: The Project of Critical Phenomenology (2014); The Philosopher's Plant: An Intellectual Herbarium (2014); Pyropolitics: When the World Is Ablaze (2015), Dust (2016), Energy Dreams: Of Actuality (2017), Heidegger: Phenomenology, Ecology, Politics (2018), Political Categories: Thinking Beyond Concepts (2019), and Dump Philosophy: A Phenomenology of Devastation (2020) among others.

Ramuntcho MATTA: Ramuntcho Matta was described by Chris Marker as a Multimedium. He works as well with sounds, music, interactive spectrum, visuals and situations. His main interest is on collaborations.

Marit MIHKLEPP: Estonian artist, currently based in The Netherlands. She holds a MA degree of ArtScience (Royal Academy of Art, The Hague) and a BA degree of Textile Design (Estonian Academy of Arts). She focuses on the existing and speculative languages between humans and other-than-humans, and develops works in collaboration with stones, trees, bacteria and ordinary objects.

Sophie NADOT: Professor at Université Paris-Saclay where she teaches botany and coordinates a master program on ecological landscape management. Her research focuses on the evolution of flowering plants.

Meredith ROOT-BERNSTEIN: Ethnobiologist, ecologist, and interdisciplinary conservation scientist. She is a CNRS researcher at the Muséum National d'Histoire Naturelle since 2020. Meredith works on ecosystem succession (transformation), degradation, restoration and rewilding.

Marc-André SELOSSE: Professor at the National Museum of Natural History in Paris and professor at the universities of Gdansk (Poland) and Kunming (China). His research focuses on the ecology and evolution of mutually beneficial associations (symbioses). Mycologist and botanist, he works in particular on the mycorrhizal symbioses which unite soil fungi to the roots of plants.

Anaïs TONDEUR: French visual artist based in Paris. She creates speculative narratives and investigations through which she experiments other conditions of being to the world and other modes of cohabitation with the other-than-humans: plants, rocks, air, water.