Cartography of a Garden: Paris

What is a garden? Is it the same for a scientist, for a botanist, for a molecular biologist, for a philosopher, for a visual artist, for a gardener, for a curator, for the birds nesting in the trees and bushes, for the worms and bacteria in the soil, for the plants themselves? What is a garden for you?.

The second Roots & Seeds XXI Multidisciplinary Garden Cartography took place in the context of the Ars Electronica Festival 2021, in the campus of Johannes Kepler University.
Hosted in the Ars Electronica online garden, Roots & Seeds XXI presented two video capsules that reflect on the Biodiversity Crisis and the potential of Art and Science professionals working together.
.

What is the Biodiversity? Speaker: Lucio Montecchio
During the last years, the discourses around the loss of biodiversity and more sustainable production and consumption models have advanced widely in the fields of natural sciences, social sciences and new technologies. However, our actions individually and collectively are lagging behind. We call it "loss of biodiversity", but this is not a loss, we are killing biodiversity through our behaviour.How can we change this and co-create a more sustainable future?

Multidisciplinary Cartographies. Speaker: Claudia Schnugg
During the Roots & Seeds XXI workshops, participants from different fields (artists, scientists, philosophers, researchers, curators, cultural agents, and others), whose practices are linked to the plant world in different ways, will analyse the crisis of biodiversity with the intention of proposing sustainable ways of relating to nature. During the event, the participants will carry out a joint mapping of a garden. Beyond its taxonomic information, this cartography will have the intention of making visible discourses that consider plants as agents and not as resources.
Through these workshops, Roots & Seeds XXI seeks to safeguard and promote botanical heritage, weaving scientific knowledge with storytelling and humanities. In this way, the “Multidisciplinary Garden Cartography” will promote the creative potential of artists and scientists working together, fostering multidisciplinary collaboration networks and hybrid methodologies

ABOUT THE CARTOGRAPHY
The Campus Cartographies are an exploration of plant diversity in and around the Kepler Gardens taking place during this year’s Ars Electronica Festival in the framework of Roots & Seeds XXI. Together with host Veronika Krenn, the participants dive into one aspect that has a critical impact on our plant life: the soil that is its basis for growth.

Over the course of two mornings, the campus of the Johannes Kepler University in Linz became the site of these expeditions: a location that brings together students, researchers, university staff and local residents, and where lively park areas as well as university and residential buildings encounter the wood- and farmland at the periphery of the city.

The Campus Cartographies kick off on their first day with inspiration sessions by artists Masha Ru Studio, who are introducing their project Museum of Edible Earth, as well as Andreas Zingerle and Raphael Perret, whose work Toxische Geschichten investigates so called hyperaccumulators – plants that can grow on soil with high heavy metal content. These input sessions also include an introduction into the specific make up of plant diversity, biodiversity, and soil conditions in the area of Linz.

The second day is dedicated to a walking tour through the campus and surroundings of the university, which will lead into the mapping and creation of cartographies of plant life by the workshop participants.

Veronika Krenn (AT) (LINK ) studied Interface Cultures at the University of Art and Industrial Design in Linz. Her works are in the field of new media, interactive art and Eat Art, with a focus on the manipulation of already known and everyday objects. She investigates traditional arts and crafts as well as food as a medium to develop unconventional communication strategies that act as carriers for socially relevant problems through daily habits. Together with Vesela Mihaylova, they founded the Prazlab collective and have been working on edible interfaces and data tasks since 2012. In 2014 they received the Gabriele Heidecker Award for the Taste of Data series. A solo exhibition was dedicated to Prazlab at the Foods for Thoughts Festival in Sofia, Bulgaria. She also presented her work at V&A, Victoria and Albert Museum, London, MNAC Contemporary Museum of Bucharest, the Ars Electronica Festival in Linz, the Conference on Tangible, Embedded and Embodied Interfaces and Sonar Festival, Barcelona. Since 2017 she is part of the bb15, space for contemporary art.

Masharu (NL/RU), born in Moscow, lives and works in Amsterdam. masharu is an earth eater and an earth lover. masharu’s projects combine scientific research with a personal approach and traditional practices. In 2011 they obtained a PhD in Mathematics from Eindhoven University of Technology and graduated with honors from Photo Academy Amsterdam. In 2013-2014 they were Artist-in-Residence at Rijksakademie van Beeldende Kunst in Amsterdam. In 2018 masharu was an artist fellow at the Netherlands Institute for Advanced Study in the Humanities and Social Sciences (NIAS-KNAW).

Raphael Perret (CH) and Andreas Zingerle (AT) (LINK ) have been dealing with digitalization and the resulting effects on humans, the environment and nature in their artistic works for years. In past works Andreas analyzed e-waste from West Africa with the Kairus Collective, Raphael undertook several research trips to India to document recycling routes and working conditions. Both research projects have already been presented at the Art Meets Radical Openness Festival and the Ars Electronica Festival 2016. Their artistic research is continuously published, “Machines of Desire” (2014, Amsel Verlag, Zurich) or “Behind the smart world” (2015, servus.at) and “The Internet of other people’s things” (2018, servus.at).

Tiziana Centofanti (IT) (LINK )is an Environmental Scientist and Project Manager at alchemia-nova. She holds a Ph.D. in Environmental Sciences, a B.Sc. and M.Sc. in Agricultural Sciences (with distinction). She is an expert in metal hyperaccumulator plant research, with multiple scientific publications and documented skills in soil-plant-environmental research. Tiziana has developed, led, and managed multiple projects in the field of green-technologies and nature-based solutions for water and soil contamination.

Markus Puschenreiter (AT) works as a soil ecologist at the University of Natural Resources and Applied Life Sciences (BOKU) and also collaborates with the Burgenland-based engineering company Natur-Umwelt-Nachhaltigkeit. At BOKU, his research interests include the interaction of plant roots and soil, as well as metal-accumulating plants – an unusual plant group that stores extraordinarily high concentrations of metals in the leaves, making them interesting both for the purification of polluted soils and for metal extraction. 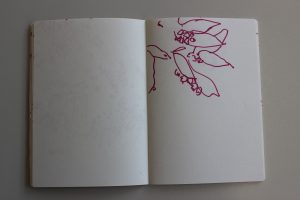 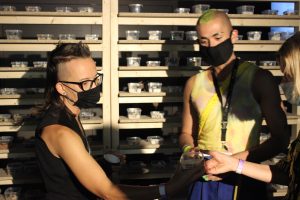